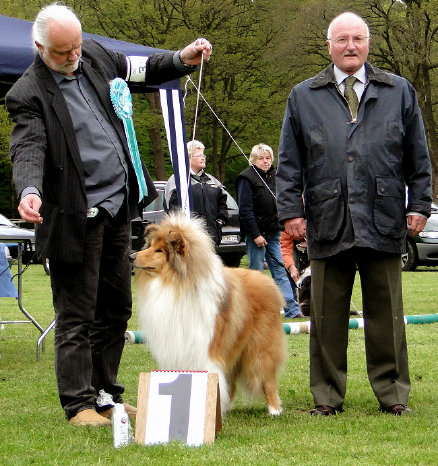 ... Mitch did it again ... won Champion class, Best of Breed and finaly BEST IN SHOW !! A big thanks Monika Rasche !
" BEST in SHOW " !!!! Ch Rydeen Blaze of Glory yesterday has won the "German Clubsieger Show" in Hirschaid 2016
with Exc1, CAC in champion class, then "Best Dog" and the title "Clubsieger", the dream goes on with "Best of Breed"
and finally in the late evening he won "Best in Show" from 208 entries of british herding dogs !
I'm sooo proud of my beloved big lad Mitch and say my big Thankyou to the judge Claus-Peter Fricke ( Rosegarden Collies )
Two years later again Mitch won the "Best of Breed " in Peine. We are very proud !
Mitch had a unbelievable succes at the CfbrH Clubsiegershow, he won the Championclass, then Best Dog and Clubsieger,
went on to Best of Breed and finally he got RBIS ! We are so proud and happy say a hearty Thankyou to Mrs Ildikò Muszlai !!!
Mitch again won the championclass out of three good-looking guys and finaly again he went on to
the " Best of Breed " !!! We had a wonderful day with our beloved Mitch, see the picture below ...
Our greatful Thankyou goes to the wonderful special breed judge Caz Waterhouse from the famous Lynmead kennel !

Mitch won the champion class and for the crowning " Best of Breed " !!! .. our hearty thanks to Peter Muzslai !!
With just three years our Mitch won his fourth CACIB and fulfils his International Champion title in a great style !!
Our first home breeding International Champion, we are so proud and happy and send our hearty Thankyou to
Mrs Wigglesworth for loving our favorite so much !!! And for crowning the show Princess won CACIB and Best of Breed !!
...what a great day ... with this success out of fifteen dogs in open class he fulfils both German Champion titles !!
... his third CACIB with only two years, an unbelievable result, especially in the Netherlands, we are very happy !!
And we say our hearty hearty Thankyou to Mrs Sandra Wigglesworth for thinking so highly of our young lad ....

... we are very proud of our Mitch .. already this is his second CACIB out of the intermediate class !!


" Vice European Winner " indeed a super result for our eighteen months young dog, especially it's being valid as a full CAC !
... our young lad ... a so wonderful success ... you can imagine ... we were thrilled ... !!!!
and now he fulfils with only then months both German Youth Champion titles VDH and Club !!!


Mitch has won the youth class at his first show as a nine months and 5 days young boy, we were thrilled ! 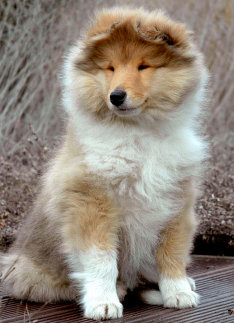 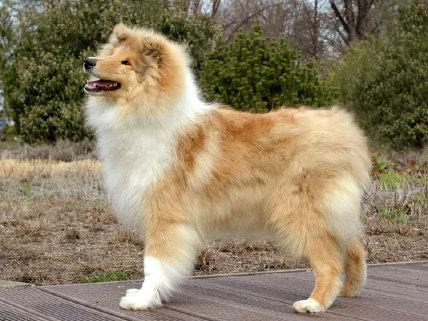 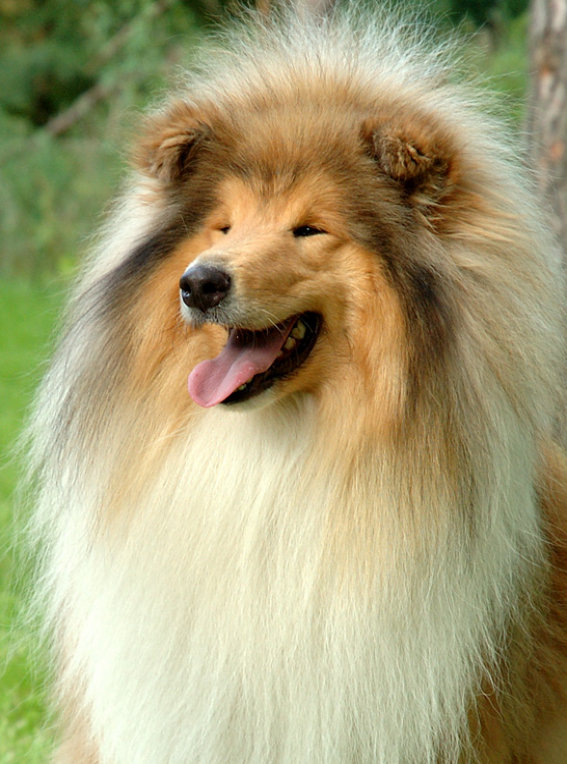 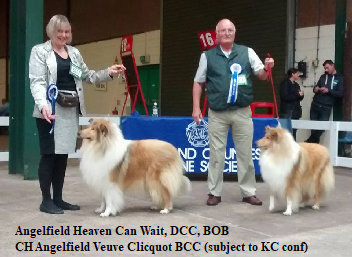 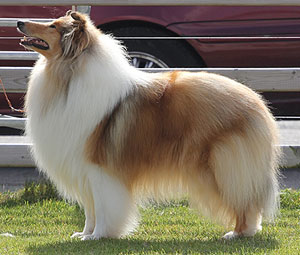 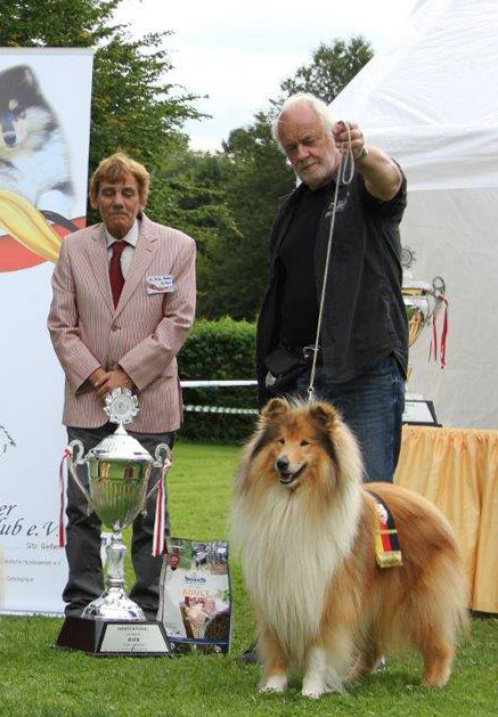 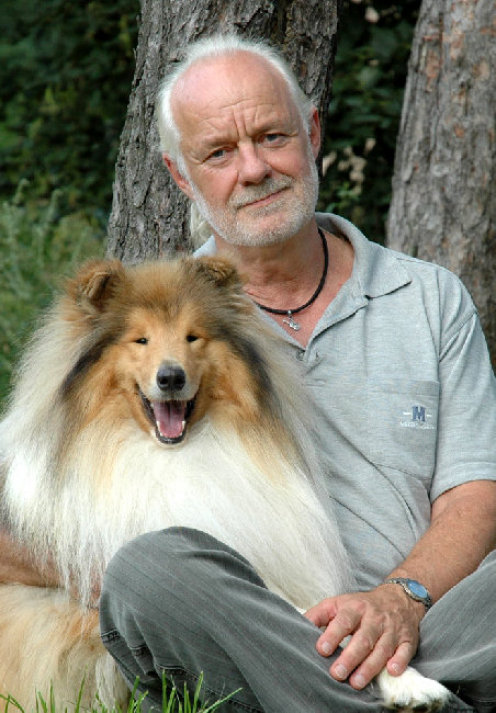 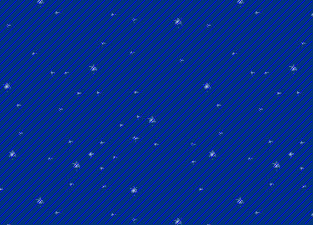 Mitch being Daddy from eight wonderful puppies in the Kennel " New Horizon "; Dam: Love of my Life of a New Horizon !!!! 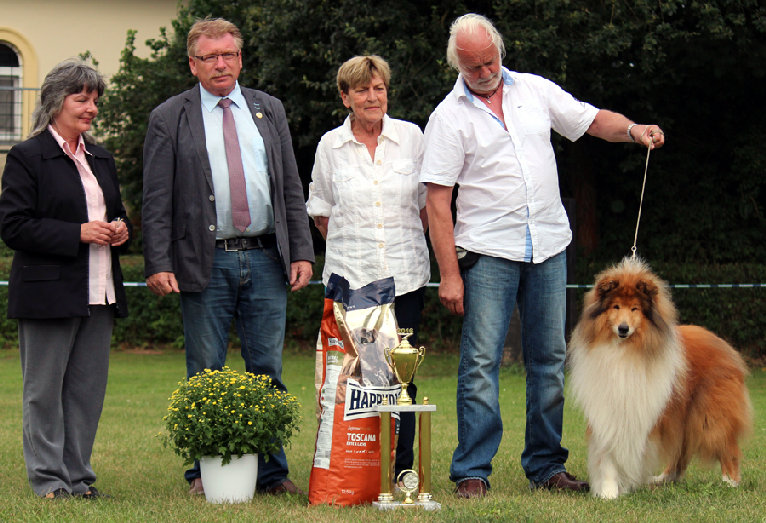 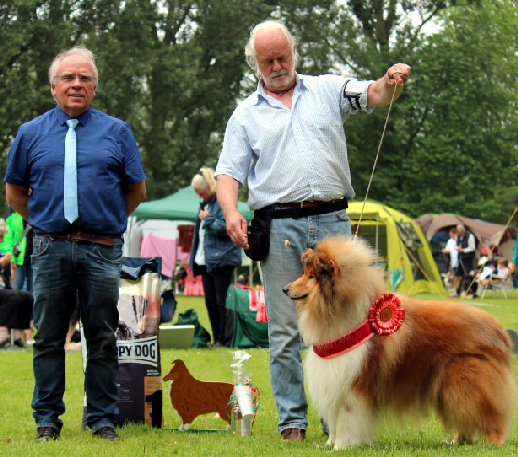 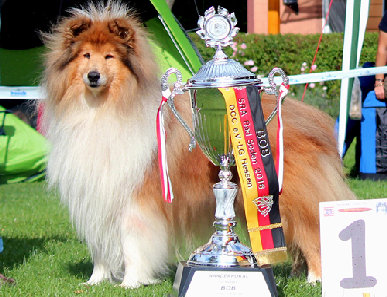